At Arctic Kingdom, we know the relief and calming nature of a good book. Whether it’s while you’re waiting for iconic wildlife to appear before your eyes, or for right now when we might need a good book to distract us with thoughts of the Arctic and adventures to come.

For all of our friends we thought we would come up with a couple of good Arctic books to excite our imaginations and to hunker down with a good novel. Now is a great time to come together as friends to inspire each other and build a community of book lovers!

Do you have any suggestions? Let’s create a community of great books among friends! 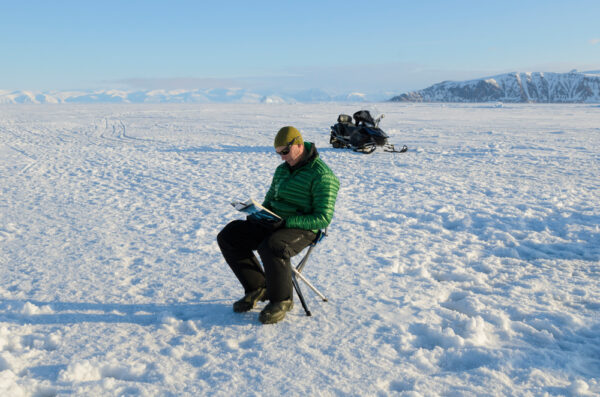 Many of us know the historic names of Arctic explorers but do you know the names of any modern-day explorers?

Luckily, two of the most exciting modern-day explorers have released books on their adventures in polar places. Find out what it takes to be one of The Royal Canada Geographic Society’s lions of exploration as Explorers-In-Residences.

Into The Planet: My Life As A Cave Diver

From one of the top cave divers working today—and one of the very few women in her field—Into the Planet blends science, adventure, and memoir to bring readers face-to-face with the terror and beauty of earth’s remaining unknowns and the extremes of human capability.

Written with hair-raising intensity, Into the Planet is the first book to deliver an intimate account of cave diving, transporting readers deep into inner space, where fear must be reconciled and a mission’s success balances between knowing one’s limits and pushing the envelope of human endurance. 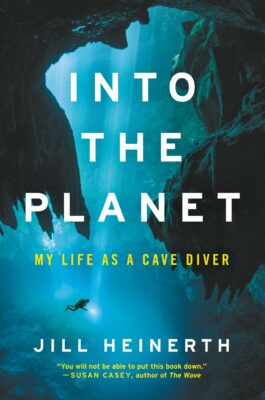 Beyond The Trees: A Journey Alone Across Canada’s Arctic

In the spring of 2017, Adam Shoalts, bestselling author and adventurer, set off on an unprecedented solo journey across North America’s greatest wilderness. A place where, in our increasingly interconnected, digital world, it’s still possible to wander for months without crossing a single road, or even see another human being. Shifting ice floes, swollen rivers, fog-bound lakes, and gale-force storms, Shoalts must time his departure by the breakup of the spring ice, then sprint across nearly 4,000 kilometers of rugged, wild terrain to arrive before winter closes in.

Heart-stopping, wonder-filled, and attentive to the majesty of the natural world, Beyond the Trees captures the ache for adventure that afflicts us all. 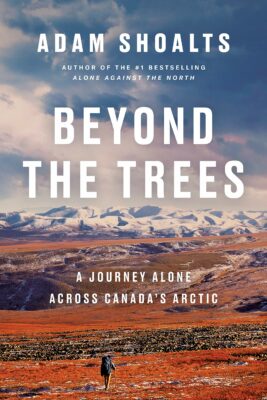 Have you heard the tale of Sir John Franklin?

There has been a rise of interest into the Arctic navigator and explorer. The story of his attempt to discover a Northwest Passage and the trials that would come with a place as still unknown as the Arctic, one of the last true blank spots on the European maps.

Erebus: One Ship, Two Epic Voyages, and the Greatest Naval Mystery of All Time

Intrepid voyager, writer, and comedian Sir Michael Palin follows the trail of two expeditions made by the Royal Navy’s HMS Erebus to opposite ends of the globe, reliving the voyages and investigating the ship itself, lost on the final Franklin expedition and discovered with the help of Inuit knowledge in 2014.

Chosen to lead the mission was Sir John Franklin, at 59 someone many considered too old for such a hazardous journey. Nevertheless, he and his men confidently sailed away down the Thames in April 1845. Provisioned for three winters in the Arctic, Erebus and Terror and the 129 men of the Franklin expedition were seen heading west by two whalers in late July–never to return. 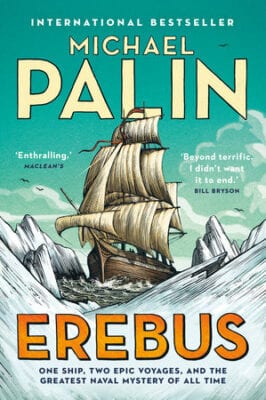 The Terror: A Novel

The men on board HMS Terror have every expectation of triumph. As part of the 1845 Franklin Expedition, the first steam-powered vessels ever to search for the legendary Northwest Passage, they are as scientifically supported an enterprise as has ever set forth. As they enter a second summer in the Arctic Circle without a thaw, though, they are stranded in a nightmarish landscape of encroaching ice and darkness

The Terror swells with the heart-stopping suspense and heroic adventure that have won Dan Simmons praise as “a writer who not only makes big promises but keeps them” (Seattle Post-Intelligencer). 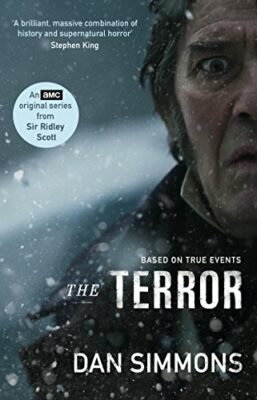 There can be no list about the Arctic without its own authors paving the way as they express their experience to a world that all too often doesn’t get to hear their opinions.

We will have a list of Inuit authors in a coming blog because we want to spend more time exploring their works but here are two important books for now!

The Right To Be Cold: One Woman’s Story of Protecting Her Culture, the Arctic and the Whole Planet

The Right to Be Cold explores the parallels between safeguarding the Arctic and the survival of Inuit culture—and ultimately the world—in the face of past, present, and future environmental degradation. Sheila Watt-Cloutier passionately argues that climate change is a human rights issue and one to which all of us on the planet are inextricably linked.

Watt-Cloutier is one of the world’s most recognized environmental and human rights advocates. In 2007, she was nominated for the Nobel Peace Prize and is an officer of the Order of Canada. From 1995 to 2002, she served as the elected Canadian president of the Inuit Circumpolar Council (ICC), and in 2002, she was elected international chair of the council. 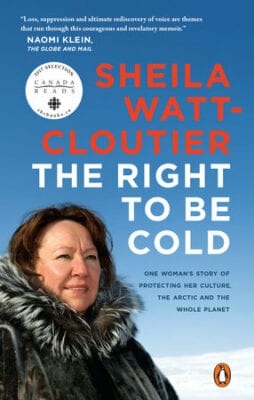 A girl grows up in Nunavut in the 1970s. She knows joy, and friendship, and parents’ love. She knows boredom, and listlessness, and bullying. Veering back and forth between the grittiest features of a small arctic town, the electrifying proximity of the world of animals, and ravishing world of myth, Tanya Tagaq explores a world where the distinctions between good and evil, animal and human, victim and transgressor, real and imagined lose their meaning, but the guiding power of love remains.

Haunting, brooding, exhilarating, and tender all at once, Tagaq moves effortlessly between fiction and memoir, myth and reality, poetry and prose, and conjures a world and a heroine readers will never forget. 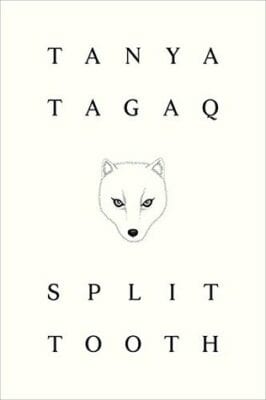 Berton’s world-famous historic sagas stretch across the North, from the Klondike gold rush to the Northwest Passage.

Now he’ll give you a visionary look into the people that made the mythical Northwest Passage famous.

The quest for the elusive Passage linking the Atlantic and the Pacific and the international race to reach the North Pole.

Pierre Berton’s #1 best-selling book brings to life the great explorers: the pious and ambitious Edward Parry, the flawed hero John Franklin, ruthless Robert Peary and the cool Norwegian Roald Amundsen. He also credits the Inuit, whose tracking and hunting skills saved the lives of the adventurers and their men countless times.

This fast-paced non-fiction narratives aimed at young adults is great for the whole family to read and get excited for an adventure to the north.

This book recounts the massive rescue efforts of Lady Jane Franklin for her husband, Sir John Franklin, who died exploring the Canadian Arctic with his crew. 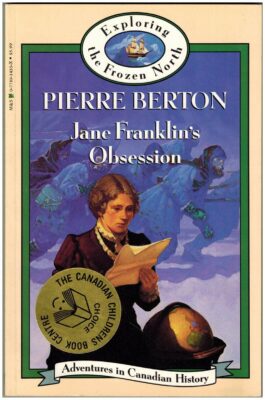 Sometimes the best way to relax and step away from everything is to find just a beautifully descriptive book. Where it paints a scene like you’ve only dreamed of or want to explore yourself one day soon.

If you have visions of visiting the Arctic soon, let these books tide you over until then!

Lopez explores the many-faceted wonders of the Far North: its strangely stunted forest, its mesmerizing aurora borealis, its frozen seas. Musk oxen, polar bears, narwhal, and other exotic beasts of the region come alive through Lopez’s passionate and nuanced observations.

And, as he examines the history and culture of the indigenous people, along with parallel narratives of intrepid, often underprepared and subsequently doomed polar explorers, Lopez drives to the heart of why the austere and formidable Arctic is also a constant source of breathtaking beauty, beguilement, and wonder. 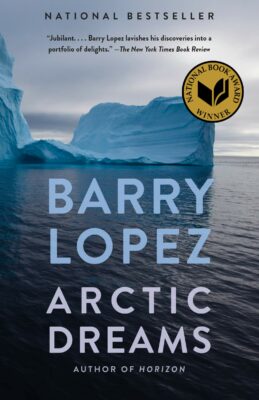 The Ends of the Earth: An Anthology of the Finest Writing on the Arctic and the Antarctic 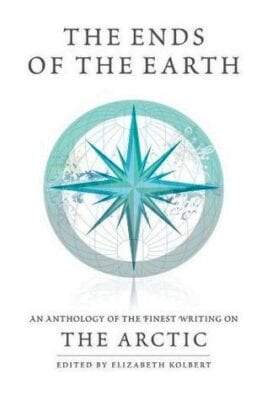 Get an insight into life in 19th-century society and the struggle to stand out. Here is a book that captures the adventurous spirit and the mystery of the Arctic in a historical fiction love story.

The Voyage of the Narwhal

Capturing a crucial moment in the history of exploration—the mid-nineteenth century romance with the Arctic—Andrea Barrett’s compelling novel tells the story of a fateful expedition. Through the eyes of the ship’s scholar-naturalist, Erasmus Darwin Wells, we encounter the Narwhal‘s crew, its commander, and the far-north culture of the Esquimaux.

In counterpoint, we meet the women left behind in Philadelphia, explorers only in imagination. Together, those who travel and those who stay weave a web of myth and mystery, finally discovering what they had not sought, the secrets of their own hearts. 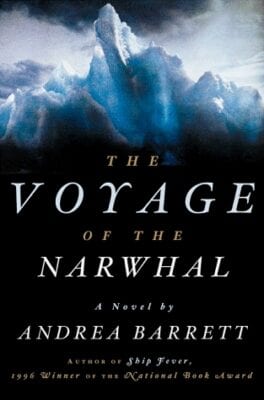 Do You Have Any Suggestions?

We love learning about new books to read and would love to hear your thoughts! Please feel free to comment below with your favourite adventure novels. 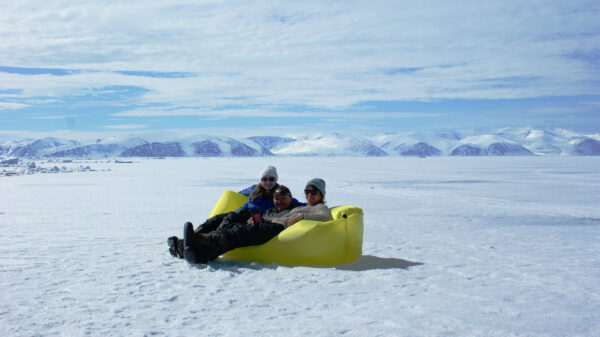 *All the book synopsis were not summarized by the author of this article but are from their order page on www.amazon.ca 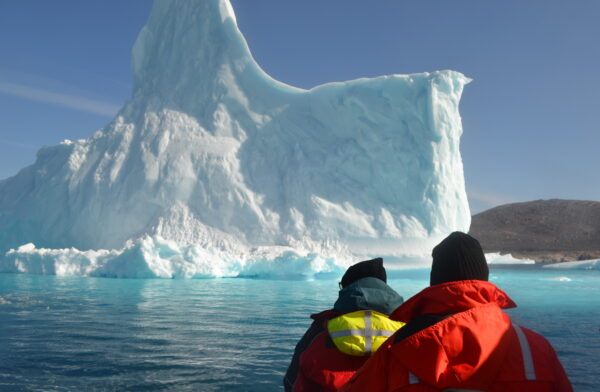