With a chime over the intercom, the flight attendant announced we were beginning our descent. Already? I hadn’t even finished the movie I’d downloaded onto my phone. It was my second time visiting Iqaluit, Nunavut yet I could not grasp how in less than four hours I had travelled from Ottawa to north of the 60th parallel.

Shortly after our plane had touched down and my feet were on the tarmac, I took a deep breath of fresh arctic air. It had been almost four years since I lived in Canada’s most northerly capital city; seldom a day went by that I did not think about snowmobiling over the frozen arctic ocean, kayaking among icebergs calved off of ancient glaciers, or hiking on the colourful tundra. The arctic takes a little warming up , but once you’ve settled in, it never leaves you. 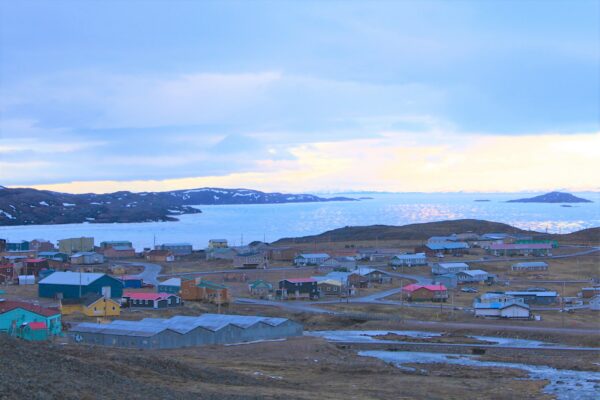 Iqaluit is a town unlike any I’ve visited. In some ways, it reminds me of the east coast. Like the maritime cities, colourful homes line the streets and the ocean is rarely out of view. Yet when sea ice blows into the bay or you realize you have yet to see a tree, when you can order an arctic char pizza and artists stop by your table selling soapstone carvings, you remember. Oh yes, this is the arctic.

Prior to arriving in the north years ago, I had feared I’d be bored in a town as small as Iqaluit. I was painfully underwhelmed by the mid-sized Ontario city in which I attended school – and it had a population 50 times that of Iqaluit. 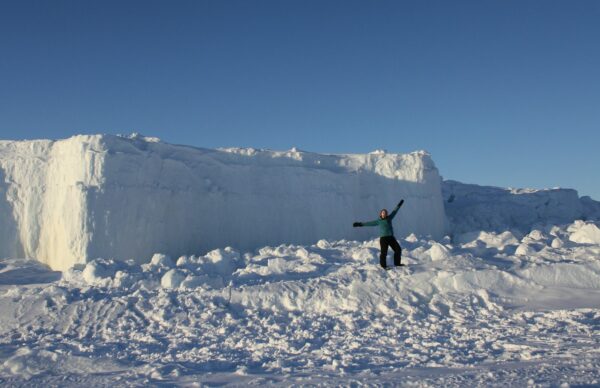 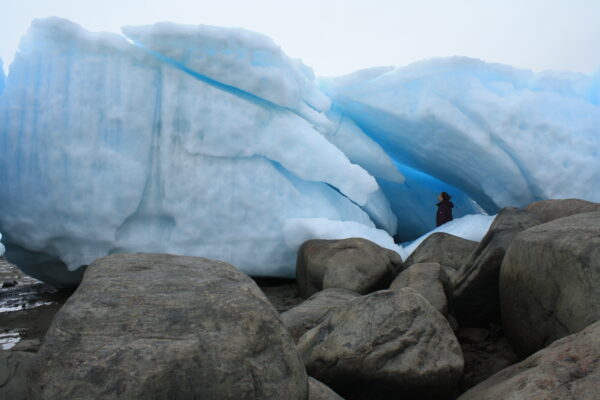 To my surprise, however, Iqaluit punched above its weight for activities to do and places to be. There was a recreation centre with yoga classes and an indoor field on which I played ultimate frisbee. At the Black Heart cafe I had the best breakfast sandwiches of my life (they put a hashbrown in it – how has no one else thought of that?!). Iqaluit even has its own brewery, NuBrew, which holds the title of the most northerly brewery in Canada.

Yet in the familiarity of city amenities, there were always little quirks to remind me it’s the north. Like one evening, when I was making spring rolls with a friend, we filled the rice paper with veggies, peanut sauce and then she pulled out a large piece of smoked arctic char, because, why not? We’re in the arctic.

Get to Know Nunavut: Interesting Facts About Canada’s Quirkiest Territory

(Travel Tip: Stop by the country food market and pick up some frozen smoked arctic char to bring south with you. Substituting it for salmon when serving Lox will impress and excite your friends and family.)

Or once I was walking to the grocery store when I was startled to find a dozen sled dogs on the ice, just a hundred meters from me. These huge and furry working dogs were once an essential mode of transportation for Inuit in the arctic. Nowadays most prefer snowmobiles, although a few dog teams remain throughout the town. Old and new pair together well in the arctic. 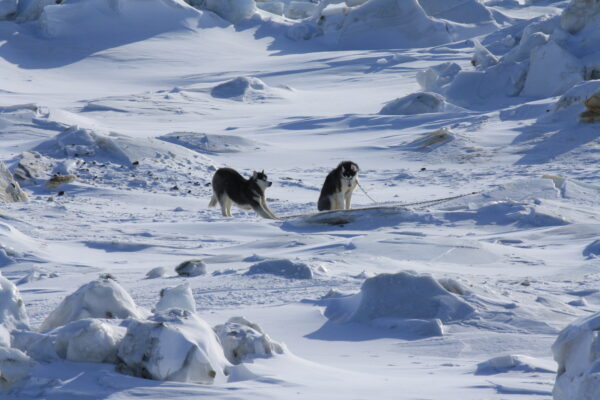 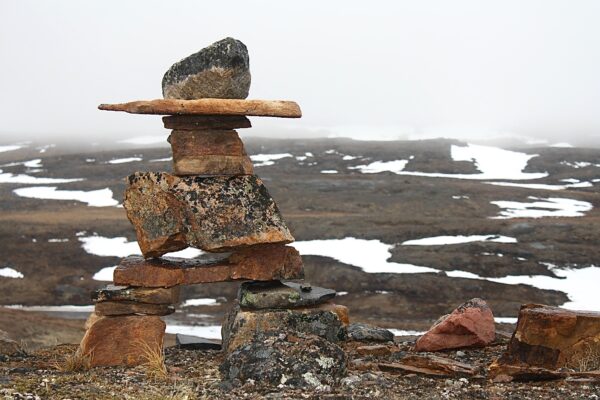 The quantity of ice and snow that covers the land in the winter would make you believe the tundra is always blanketed with a white sheet. There is something ancient about such expanses of snow and ice. Yet miraculously, it all melts each year to reveal the rocks that make up Baffin Island, some of the oldest rocks in the world. 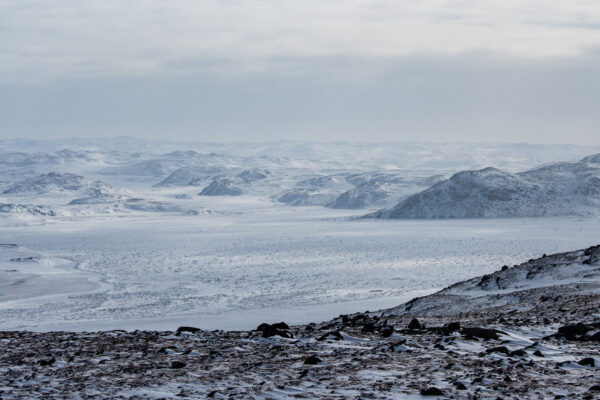 Growing up, my summers were spent below the pine trees of the Boreal Forest and, admittedly, I was skeptical I could love a landscape so seemingly devoid of life. Yet, when the ice melted and revealed the tundra below I realized it was anything but lifeless. Having no settlements within 200+ km, there are nearly infinite possibilities for hiking in Iqaluit. I routinely found myself drawn to three places in particular.

I enjoyed walking along Sylvia Grinnell River. Her glacial waters were so unbelievably blue, and I am convinced this is the most delicious water I have ever tasted. Especially in late summer, I’d see hundreds of colourful flowers – Dwarf Firewood, Purple Saxifrage and Arctic Poppy – as well as dark green and orange mosses and bright green lichen. Such colours would rival even Algonquin in the autumn. 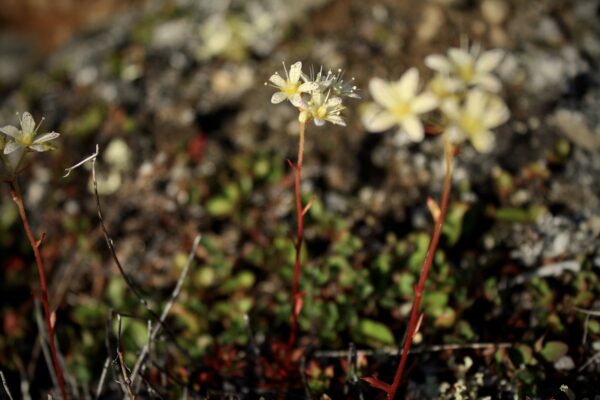 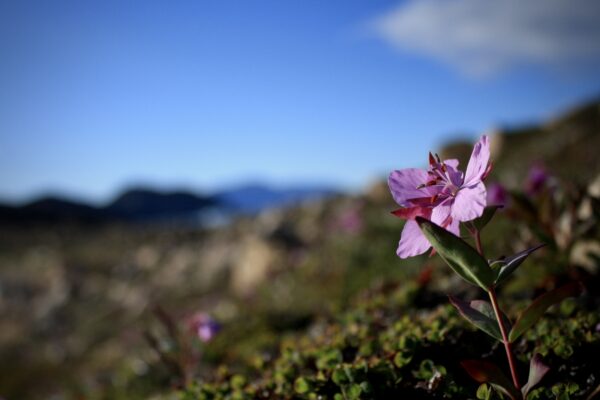 The Apex Trail, on the other hand, led me along the coastline of Frobisher Bay which connects Iqaluit with the hamlet of Apex. The salty water calm while it glistens in the sun. Apex Trail culminates in a large hill, on top of which you can see gorgeous views of the bay. Some days I would make this journey from the water, navigating around ice chunks as I kayaked. 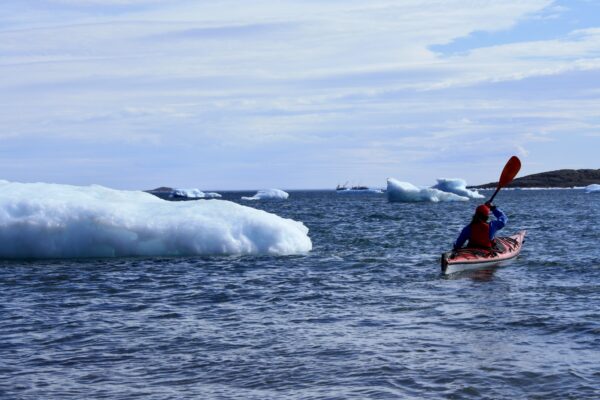 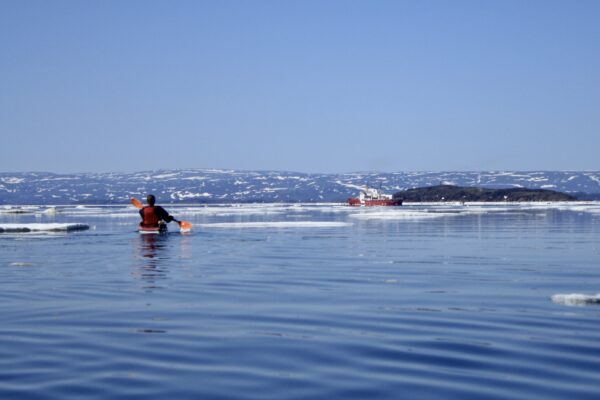 Finally, a hike to Ward Inlet always had the pretense of embarking on an adventure. Further out of town on a seldom-travelled path, there were intricate lichen patterns upon beautiful rock formations. It was here I felt the vastness as the tundra, the remoteness of Baffin Island, and just how small I was in comparison. 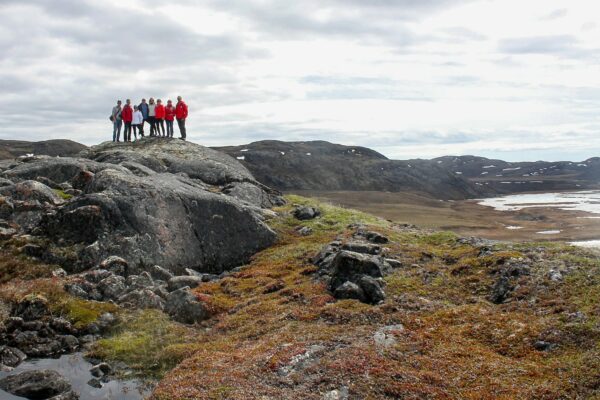 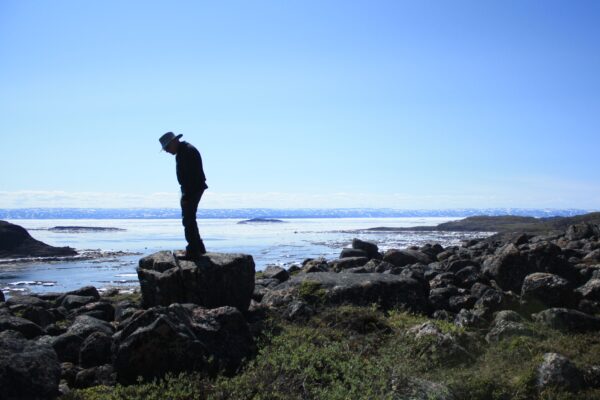 With 20+ hours of sunlight in the summer, the days feel timeless and seemingly stretch on forever. Too soon, however, all trips must come to end. As my second visit to Nunavut’s capital wraps up, I can’t help but shake my head and laugh. Upon my return, my friends will gasp – ‘you went all the way to Nunavut for just a few days? – unaware of how close it really is. I’ll be unsuccessful in convincing them it really isn’t that far, and instead will impress them with photos they easily could have taken themselves.

For another day, let’s keep the ease of visiting Iqaluit a secret – just between you and me.

I hope I’ve convinced you a trip to Iqaluit is both incredible and feasible for the everyday adventurer. If you are interested in visiting yourself, Arctic Kingdom offers four-day getaways (with airfare and accommodation included) where you can hike, kayak and explore this city and its surroundings to your heart’s content.

Mikaela is the storyteller behind Voyageur Tripper, a blog dedicated to outdoor adventure travel. She spent a summer guiding for Arctic Kingdom and has since returned as a tourist herself, in an effort to prove the arctic is more accessible than people believe. She is passionate about arctic travel, whitewater canoeing and discovering quaint cafes.

How To Visit Iqaluit

Are you interested in a long-weekend Getaway to Canada’s northern capital of Iqaluit, Nunavut? This maritime city is friendly and full of cultural highlights and traditional outdoor activities. Sleep in the comfort of a top hotel but spend your days exploring this vibrant city on guided tours that take you to all the top destinations, including the chance of seeing Northern Lights.

->Taste of the Arctic Summer Getaway 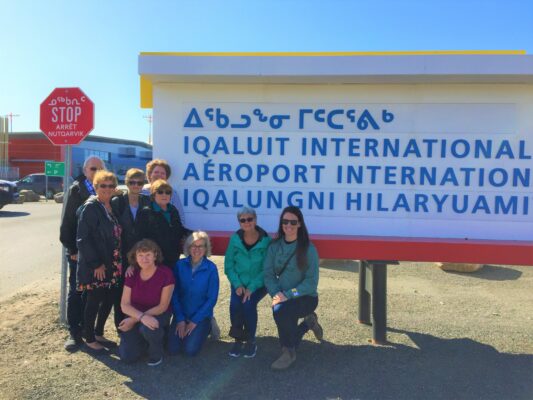