Walruses are one of the most exciting animals in the north. They’re known for their long tusks and gigantic size, but something is captivating about them and draws travellers from all over the world to see one of the largest Arctic mammals.

Their scientific name Odobenus rosmarus, means “tooth walking sea horse” and is entirely accurate. While they are loud and awkward above the water, they thrive below the surface and swim quite gracefully.

Yet, when they’re not enjoying a buffet-style meal on the sea-floor, you can find them taking over vast beaches or hauled onto floating ice.

Join us as we explore where walrus are found, how they live, and how you can see them. 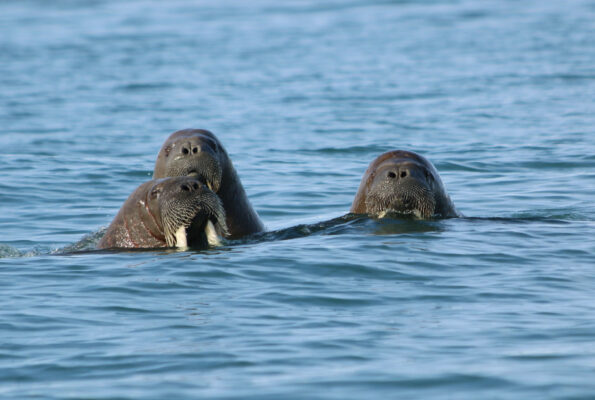 Where To Find Walrus

There are two subspecies of walrus: the Pacific Walrus and the Atlantic Walrus, mostly in the High and Low Arctic regions.

The Atlantic Walrus are found in parts of Europe but largely range from southern Hudson Bay to the top of Ellesmere Island and can be found throughout the Canadian Arctic Archipelagos, with the majority within Nunavut. The largest recorded herd was found in the Foxe Basin near Baffin Island. Another population is found along Lancaster Sound, an area known for its marine wildlife.

The Pacific Walrus is mostly found in the Bering Strait, between Alaska and Russia, with some populations across Russia’s northern shores. 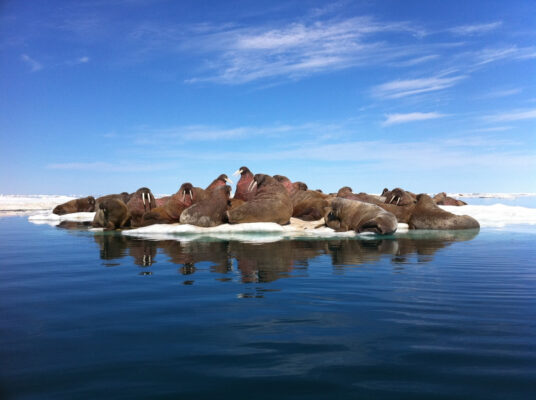 Walrus congregate in areas around shallow bays to access the food on the sea-floor. They will dive for up to 30 mins but tend to dive at most 90 metres. The Canadian Arctic’s chain of islands provides vast amounts of estuaries and shallow bays for walrus to feed.

In fact, the Atlantic Walrus rest on land more than their Pacific counterpart because the islands provide feeding grounds so close to shore. This means that they can be easier to find and can form larger herds. In areas like Lancaster Sound, you can find small groups bobbing on ice haul-outs between diving for clams and shellfish that they detect with their whiskers along the sea floor.

In the winter, they use their famous tusks, found on both males and females, to create breathing holes in the ice and to drag themselves onto icebergs. All their blubber helps in the winter, too, as they can withstand -35oC (-31oF) and even lower their heart rate to help. 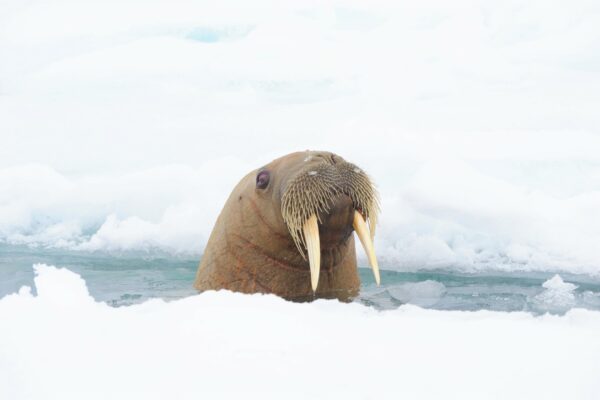 Your Chance To See Walruses In Canada

Are walrus on your wildlife bucket list to see? Do you want to see walrus in person in their natural habitat on a comfortable adventure to the Canadian Arctic?

Arctic Kingdom excels at exciting customizable adventures and is the premier wildlife tour company in the Canadian Arctic. After 20 years, we know what it takes to have a once-in-a-lifetime vacation that offers comfort and gourmet meals.

If you are dreaming of seeing walrus, have a group of friends or family that would be interested, learn more about our Private Journeys.

Are you interested in finding other incredible Arctic adventures? Look at our list of programmed safaris that offer an exceptional Arctic experience that takes you to some of the best wildlife viewing areas for breathtaking opportunities to see and photograph northern animals like polar bears and narwhals. 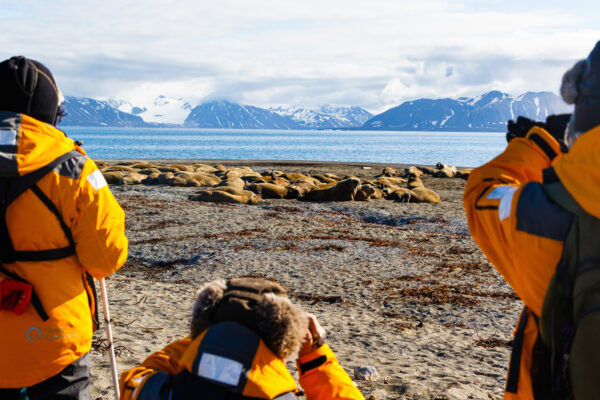