What mammal do you think has the longest lifespan? Would they be on land or in the oceans?

Imagine you found a relic of history that could tell you almost exactly the age of that mammal. Doesn’t that sound like a combination of Indiana Jones and David Attenborough?

Join us as we explore the mystery that led scientists to believe that bowhead whales may be the oldest mammals. 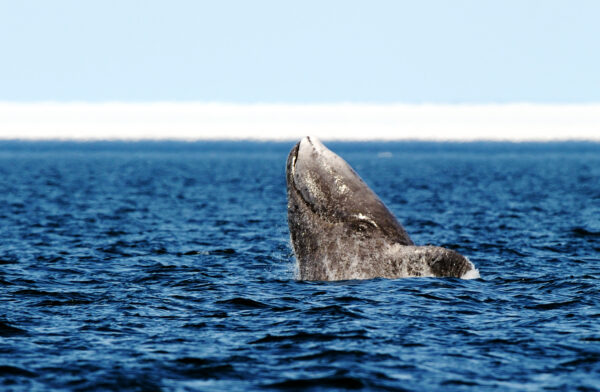 A Spear From a New England Whaler

Bowhead whales are one of the only whales that spend their whole lives in the Arctic, as the seasons freeze and thaw the sea above.

These arctic whales have been a staple to the Inuit for centuries and led many of their ancestors to migrate from Alaska through the Canadian Arctic.

Soon arctic whalers were some of the first Europeans to explore the Arctic as they pushed deeper each season looking for new hunting regions. The European demand for bowhead whale blubber, which was used in most lamps at this time, led to a boom in the Arctic whaling industry. 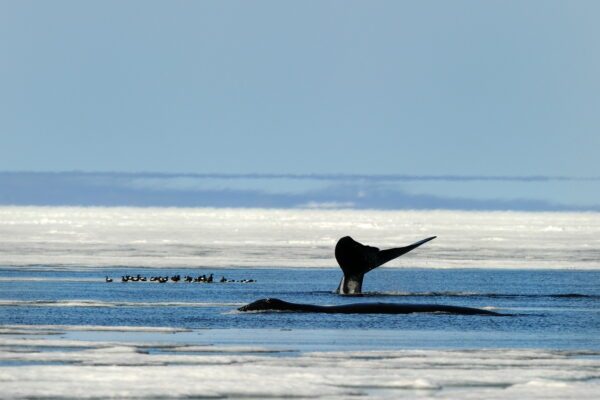 Images of Moby Dick and Cpt. Ahab comes to mind when we think of these early whalers. Independent adventurers who went where few were willing. In fact, many of the earliest Arctic and Antarctic explorers ran into whalers along their way, such as Sir John Franklin and Sir Ernest Shackleton.

As electricity became more common than lamps the capitals of this industry, like New Bedford, Massachusetts or Alaska and Cumberland Sound, Nunavut thought it was now just history. But one relic of this world would come back to the excitement of modern biologists.

In the early 2000s, an Alaskan Indigenous hunting party found fragments of a harpoon lodged in the shoulder of a bowhead whale. A biologist that was present sent it to a lab to date the fragment only to find out it was 130 years old!

That means that this whale had been swimming beneath the Arctic waters with this harpoon since Queen Victoria ruled. 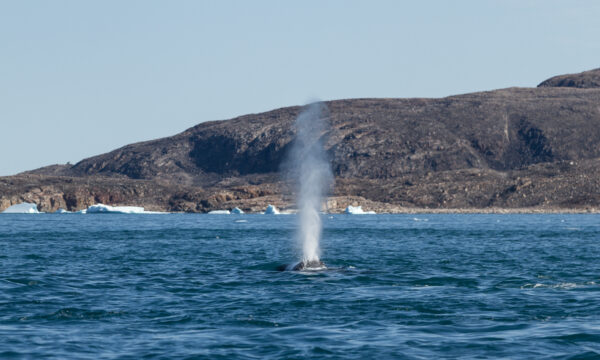 What Does It Tell Us

The fragments that they had found came from a very particular harpoon that was used for a very small period of time. Retired for a less bulky version a couple of years later, the specialists New Bedford Whaling Museum identified this harpoon as one specifically manufactured in New Bedford, MA between 1885 and 1895. 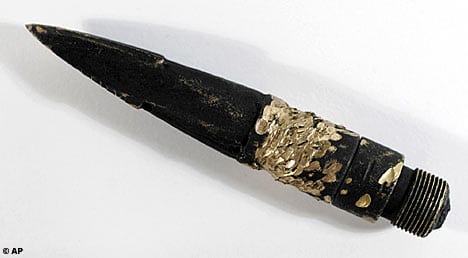 Considering whalers never went for calves, this means that the bowhead whale had to have been a number of years old already. So, if this harpoon was 130 years old, that would make this whale the oldest mammal ever discovered.

At this time the oldest mammals recorded were a 114 y/o fin whale, an 110 y/o blue whale, and the oldest person reached 122 y/o. Biologists had believed bowhead whales had long lifespans too but this seemed to prove it. 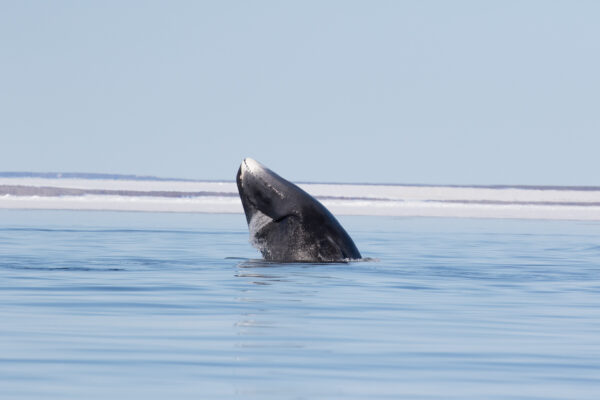 These gentle giants can reach up to 18 m (60 ft) long and weigh 100 tons yet are known to leap entirely out of the water.

With skulls thick enough to break through seven inches of sea-ice and the largest mouths of any animal, the bowhead whale is designed for an Arctic life. Their enormous mouth filter plankton from the bottom of the ocean or along the floe edge (where ice from the land meets the open ocean). 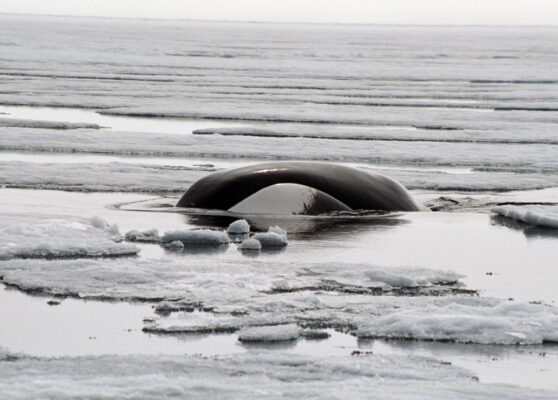 Scientists believe that bowhead whales can live as long as 200 years. This is hard to completely prove but this 130 y/o harpoon fragment helps make this case. They believe that the cold waters and food source allows the bowhead whale to maintain a low metabolism, which could be the secret behind their longevity. But we do not suggest living within Arctic waters and a diet of plankton for yourself! 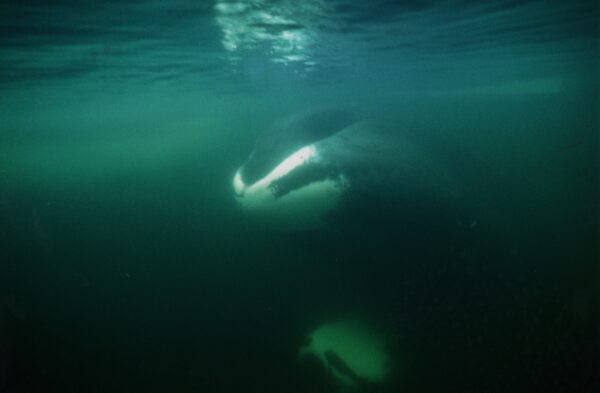 How You Can Visit Whaling History

Cumberland Sound and the community of Pangnirtung might be the top destination for Baffin Island to experience the history of whaling. Islands within Cumberland Sound still have sites you can visit today.

Blacklead Island Whaling Station National Historic Site was one of the first European whaling stations in the area. An Inuk named Inulluapik first guided a whaling captain towards this island that offered access to the floe edge at the southern end of Cumberland Sound.

Kekerten Island Whaling Station National Historic Site is found in the northern end of Cumberland Sound. This site became the next primary station within the Eastern Arctic. The hilly terrain offered lookout posts for watching whale activity in the bay.

With the rise of the community of Pangnirtung, a beautiful community you can easily fly into from Iqaluit, it became the social and cultural hub for the Cumberland Sound. Today, you can visit the historic Hudson’s Bay Company’s whaling station on the shoreline nestled within a stunning fiord.

Are you interested in visiting one of these sites or would like to build a custom trip that visits your bucket list locations? Explore our Private Journeys for options. 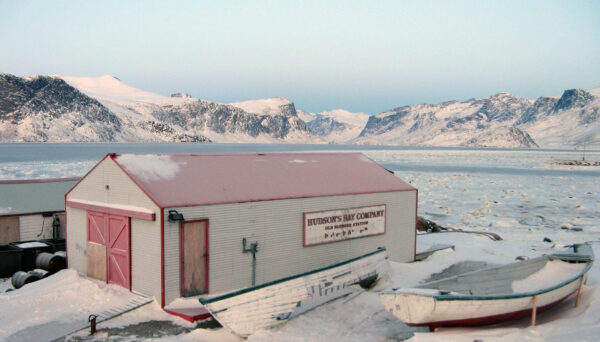 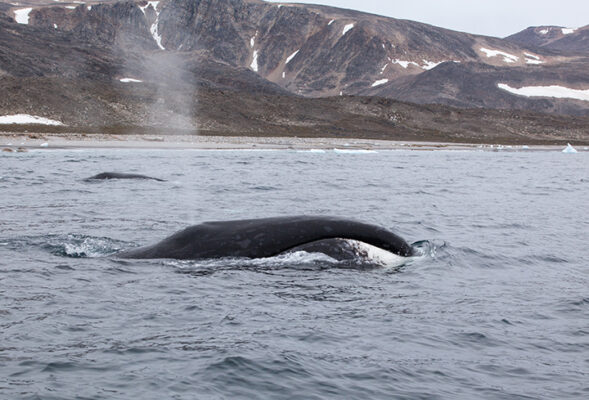