One of the most rewarding parts of our Baffin Island whale tours is that we are land-based, which means that we aren’t introducing noise pollution that affects the Arctic whales, and we operate in small groups which means we aren’t overwhelming their environment.

Narwhals are one of these Arctic whales that delight and inspire so many travellers. Considering they are such mysterious animals, we thought we’d dive into understanding their annual movements from the perspective of the “unicorn of the sea.”

Join us as we follow the Narwhal migration through their eyes. 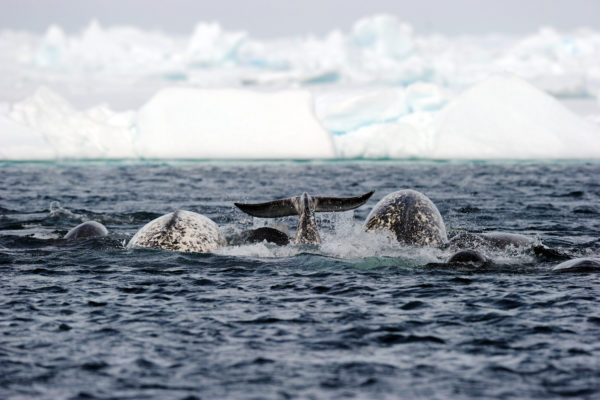 A Dark Winter Leads To A Brighter Spring

Picture it, deep in the dark waters of Baffin Bay or maybe Davis Bay, the narwhal spent the winter underneath nearly 95% frozen sea-ice between Greenland and Baffin Island. Relying mostly on squid and other crustaceans for food at great depths, they spend about 3 hours of the day below 800 metres (0.5 mi) and can dive on one breath for 25 minutes.

But there’s light ahead and their favourite meal is waiting! 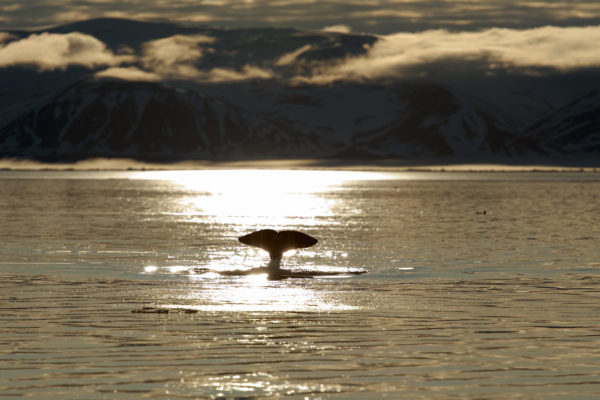 As spring begins to emerge pods of narwhal are beginning to return to Canada’s Arctic Archipelago. In fact, roughly 75% of the world’s narwhal will migrate into these islands around Baffin Island.

There are many reasons why they migrate out of the deep waters to shallow bays in summer. April and May are when the narwhal mate, so from May to June it’s important to get to safer and warmer areas to give birth. This calving means female narwhal tend to migrate earlier in the season. 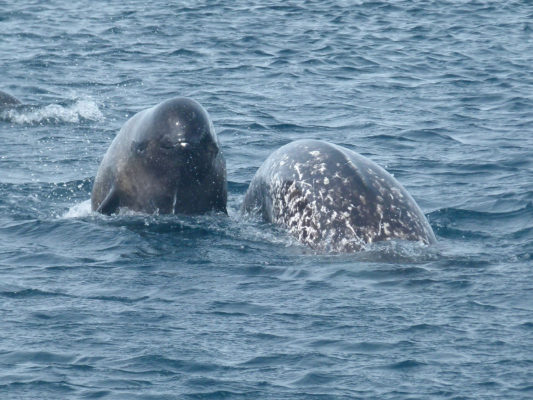 As it is time to start travelling, narwhals first travel north along the coast of Baffin Island past the eastern end of Eclipse Sound. There is a major floe edge on the Sound, where ice meets the open ocean, near the community of Pond Inlet, but it’s still too frozen to travel into Eclipse Sound so they continue north. 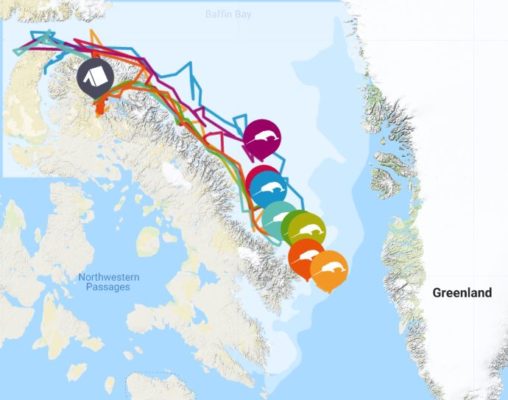 This first speed bump, the Arctic floe edge, may seem like a big obstacle, but it is also a food source for the narwhal. The floe edge or ‘line of life’ becomes an exciting ecosystem because the receding ice allows the sun to reach and energize small microorganisms that attract fish that are food for the narwhal.

This makes it a perfect place for whales and their pod to socialize and look for cracks in the ice that will let them navigate into the summer feeding territories. Picture them look up from the water and seeing a variety of migratory birds swimming along the floe edge, and maybe even seem some people taking photos from on top of the ice. 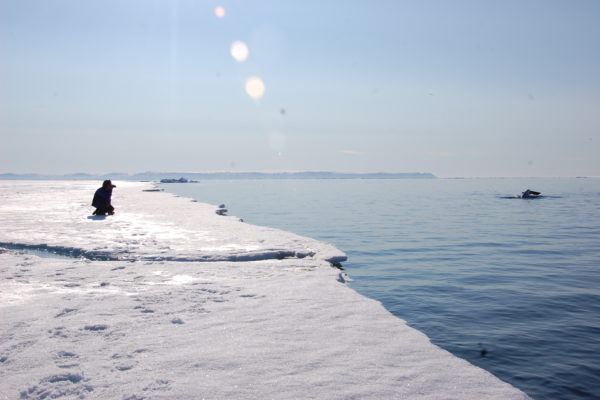 As they wait for cracks in the ice and leads that form between ice sheets, other narwhal pods might appear! Pods can reach into the hundreds while they wait for open canals to progress as other pods catch up.

Even beluga whales might appear considering they migrate at similar times into similar locations. In fact, both whales are very social and can often be seen travelling together.

Once they’d found openings in the ice, it’s time to travel into waterways like Eclipse Sound. This is a game of trial-by-error as whales bob up in the air within little breathing holes looking for the next opening or cracks.

They’ve made it! The ice has receded, and the pod has made it to warmer shallow bays, like those around the northern end of Baffin Island. Narwhals are creatures of habit and often return to the same summer territories.

One of the biggest draws to these summer territories is the presence of Arctic char, their favourite! These fish will remain in these areas year-round but only in the summertime can the whales access them. This brings them incredible distances each year. 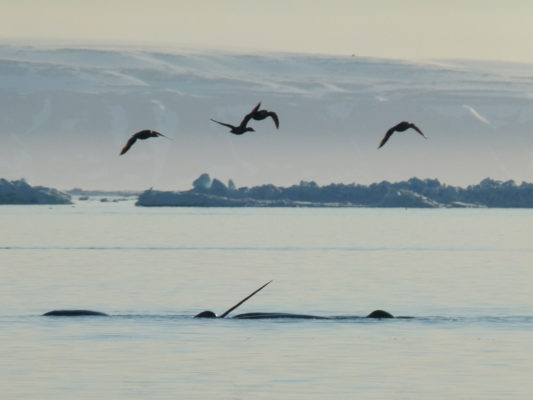 Narwhal will also use the shallow bays to molt. This is the practice of splashing on the surface of the water or rubbing against rocks to help exfoliate their layer of dead skin each year.

By the end of summer, mothers will have given birth and the whales will have eaten generously, now it’s time to return to deep waters before the ice returns. 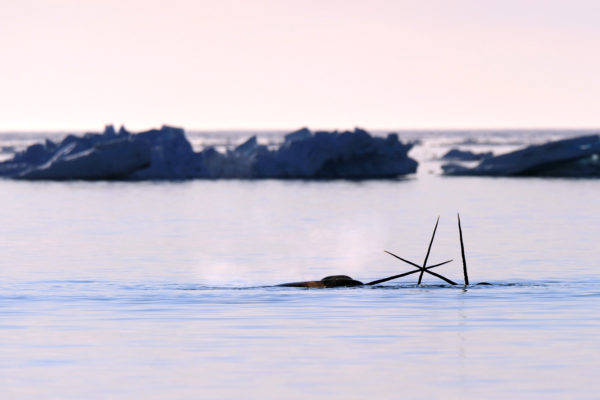 The trip back to their winter territory has more haste than the spring. They are not waiting for openings in the ice and socializing in front of the floe edge, they are rushing before the sea-ice appears. 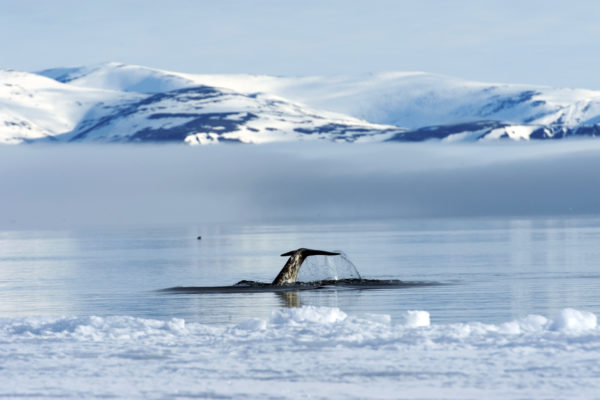 This miraculous migration is an astounding feat by any animal. It is a round trip of nearly 3,000 km through Arctic waters. They are avoiding predators like orca, they are challenged by seasonal shifts from climate change, and they must be wary of predators along the floe edge like polar bears and hunters. 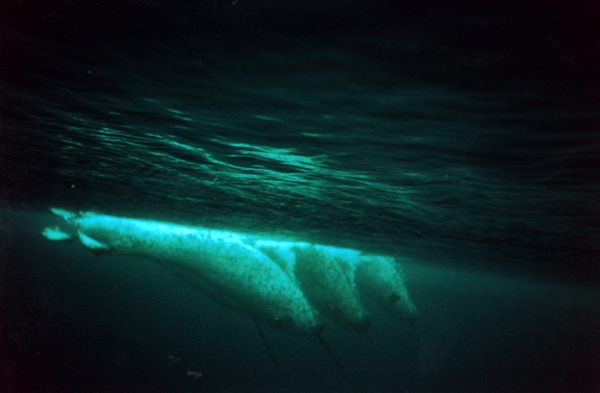 To the Inuit, the narwhal harvest is more than tradition, it is a way of life. With limited fresh food available in many northern communities, they rely on narwhal hunting each year. Conservation and managing the numbers of whales harvested is innate to their culture and way of life. They rely on their population remaining healthy and tracking their season appearances. 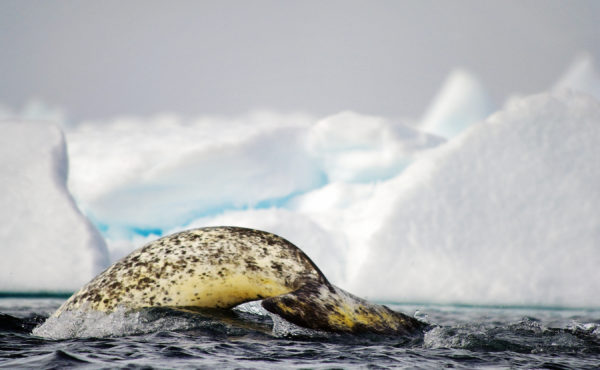 Narwhal are deeply respected in these communities and their mysterious nature continues to captivate people around the world. There is still so much we don’t know about them, like the purpose of their tusk. The tusk is full of millions of nerve endings so they aren’t for dueling, they aren’t for hunting food because the females would need them, and we still don’t understand how they guide themselves through their challenging migration from one breathing hole to the next. 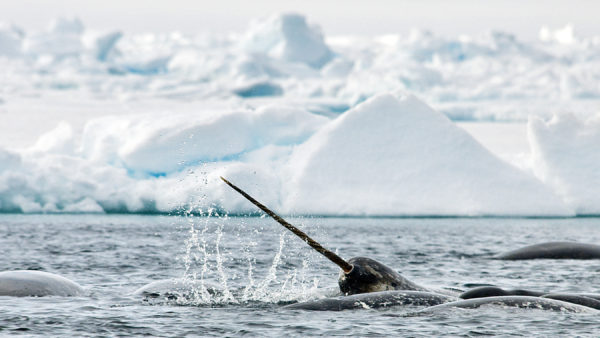 Narwhal are truly incredible animals and one of the few whales to live their whole lives in the Arctic. At Arctic Kingdom, we know that seeing them may feel like a dream for wildlife enthusiasts and photographers, so we invite you to join us on a floe edge safari that provides great chances to witness the “unicorn of the sea”. 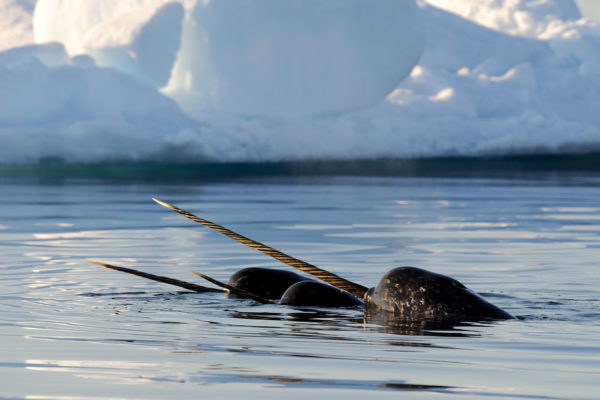 Get chances to view elusive “Unicorn of the Sea” and experience the majesty of the Narwhal Watching and Safari.