There is something magical about seeing your first iceberg. The twisting and carved designs they form into, a steadfast uncertainty to their nature, they conjure an ancient feeling.

Have you ever wondered how do icebergs form, or what makes them break apart from their glacier?

Explore with us the cycle of an iceberg, from its prehistoric origin to your Arctic Safari. 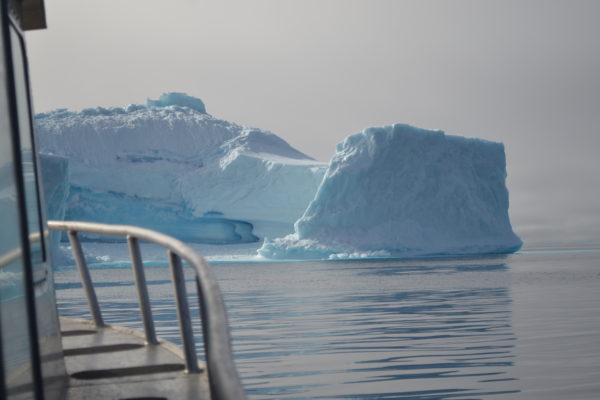 The word “iceberg” comes from the Dutch term “ijsber”, meaning an ice mountain. Icebergs are created from pure snow, making them fresh water. As snow accumulates over polar landmasses, the snow packs down to become ice and this forms a glacier. 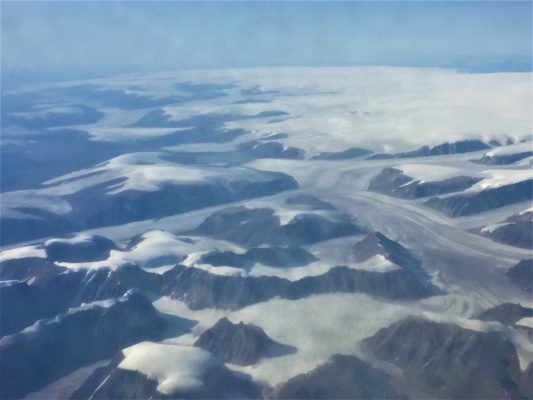 Icebergs are the result of glaciers extending over the ocean and calving (breaking) off from the ice shelf. 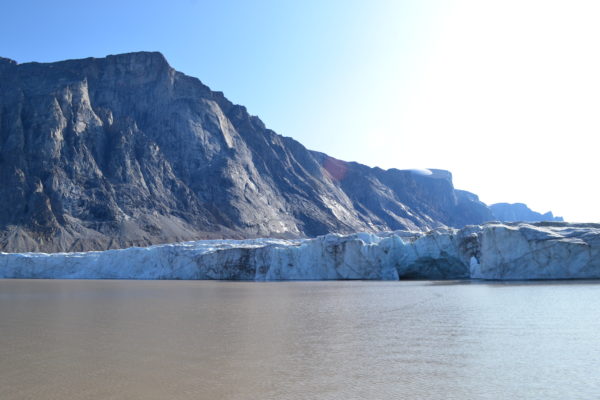 About 90% of North Atlantic icebergs come from the glaciers of Western Greenland. Every year roughly 40,000 medium to large sized icebergs calve off from Greenland. Only 400-800 of these make it as far south as St. John’s, Newfoundland, but you find them littered across the Baffin Island sea-scape. 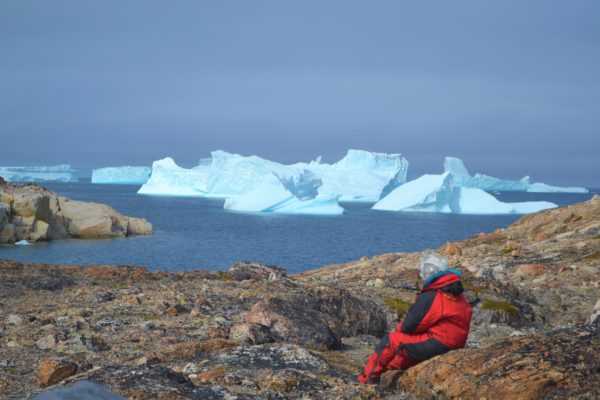 As tides and winds guide icebergs through the sea, they can be pushed into bays and inlet where they become grounded into the seabed and stuck. 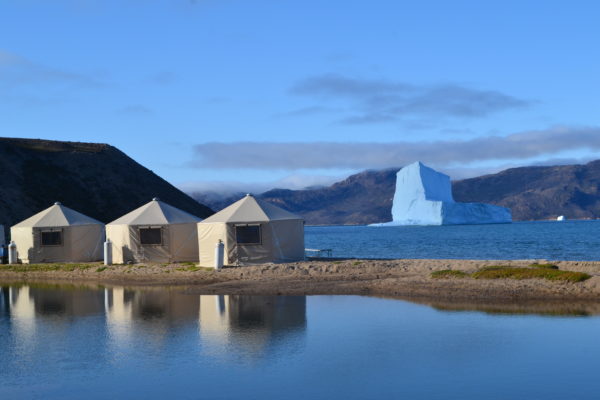 In summer these anchored icebergs highlight and accentuate beautiful vistas. In winter they mark the only evidence you are on top of the frozen sea as you snowmobile past these temporary mountains. 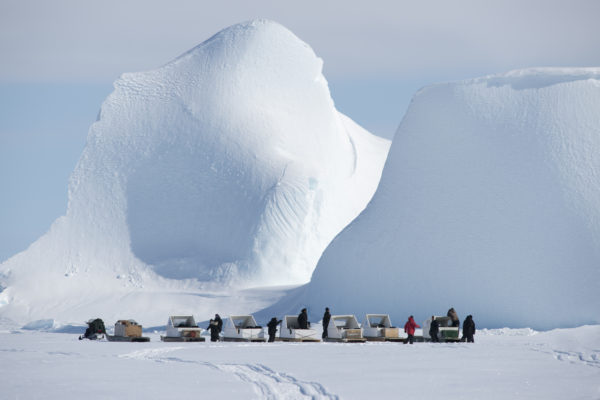 Often you can find a stunning blue streaked through some icebergs. This forms from melting ice water slipping into cracks and filling in bubbles to give off this breathtaking blue colour. 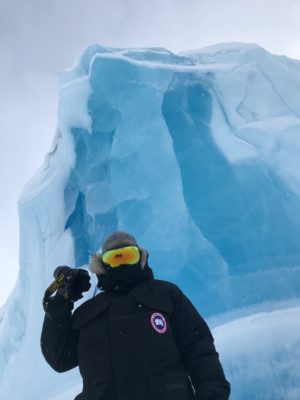 The largest Northern Hemisphere iceberg on record was found near Baffin Island in 1882. It was 13 km (8 mi) long, 6 km (3.7 mi) wide and a height of 20 m (65 ft). The mass of the iceberg was over nine billion tonnes, which is enough fresh water for everyone in the world to drink one litre a day for four years! 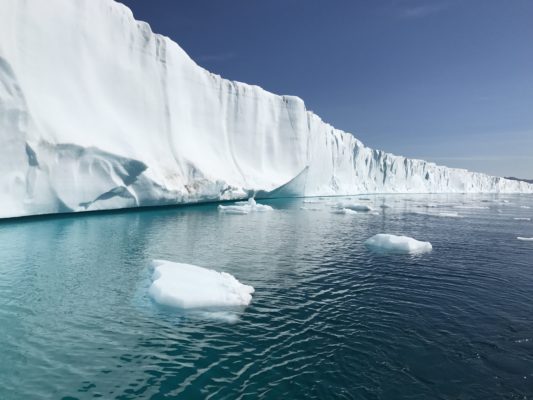 An Iceberg’s Cycle: How It Forms

Icebergs originate from ice caps, which are continental glaciers over 32,000 km2 (20,000 mi2). These tremendous glaciers form by centuries of accumulating snowfall that builds up to pressurize the lower layers into ice. 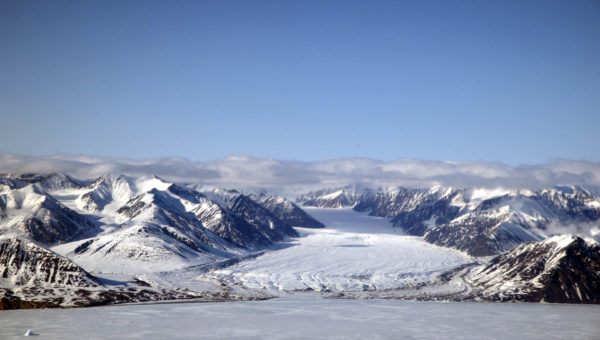 These enormous ice caps are so large that they’re affected by gravity as they carve fiords and glacial-fed waterfalls down to the ocean line. 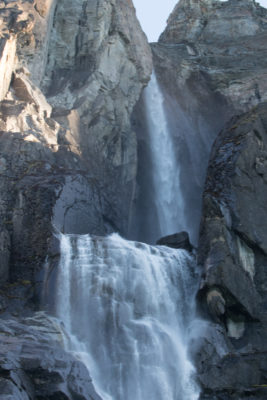 Ice shelves are the arm of the glacier that reaches out over the ocean. This shelf will then break off into icebergs that are then taken by currents and tides south. 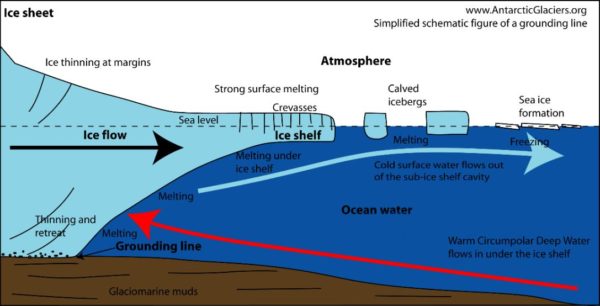 As the glacier “flows” or “creeps” towards the ocean under it’s own weight, it is this vital contact point with the land that slows the glacier’s progress. Without the strength of the ice shelf creating friction with the land, icebergs could start breaking off in much larger pieces accelerating the melt of glaciers. 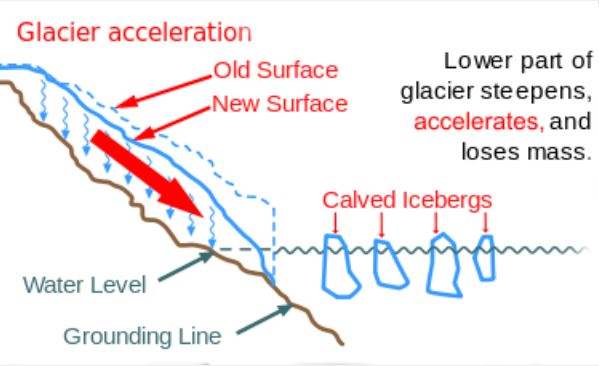 An iceberg is defined as larger than 5 metres (16 ft) across. They come in all shapes and sizes that can range from twisted and ornate to the flat-topped tabular berg. 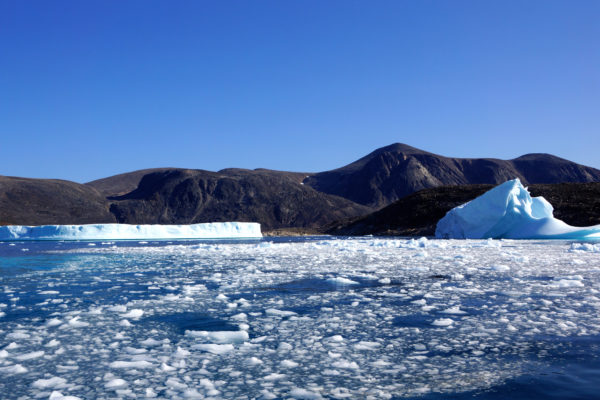 Some pan icebergs can be as large as a country. While bergy bits and growlers are smaller than 5 metres and brash ice is a collection of floating ice. 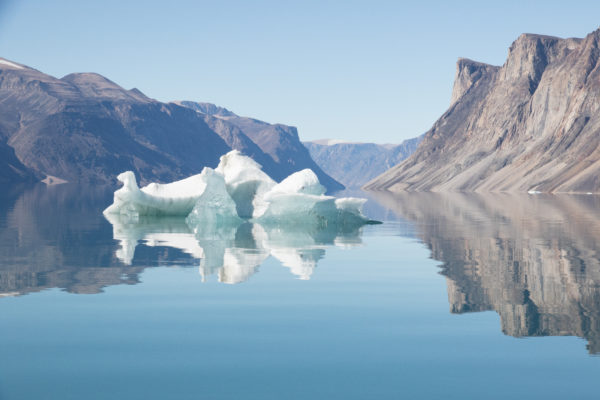 As the iceberg melts it forms pools that can create little waterfalls.

The shape of an iceberg has many factors, from the wind to lapping water and warmer water waves. 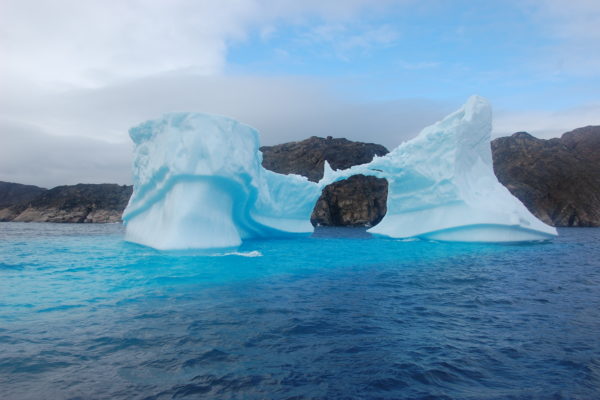 You may even be looking at a part of the iceberg that was underwater recently as the weight is eroded away from the factors above the water. 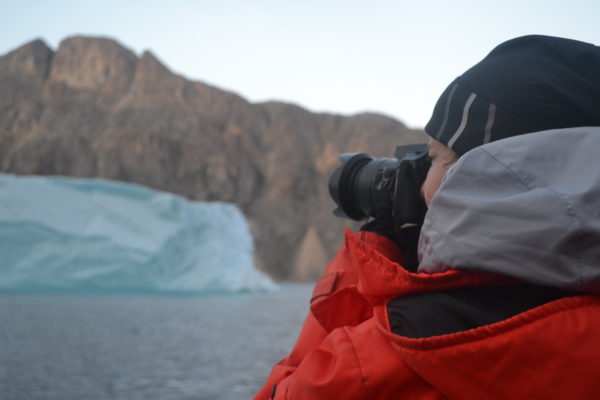 One thing is for certain; it can be mesmerizing staring at these gentle giants. It can seem like a ballet as your boat dances around them. 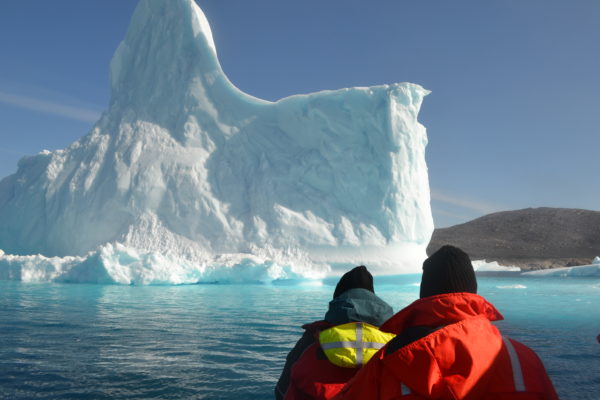 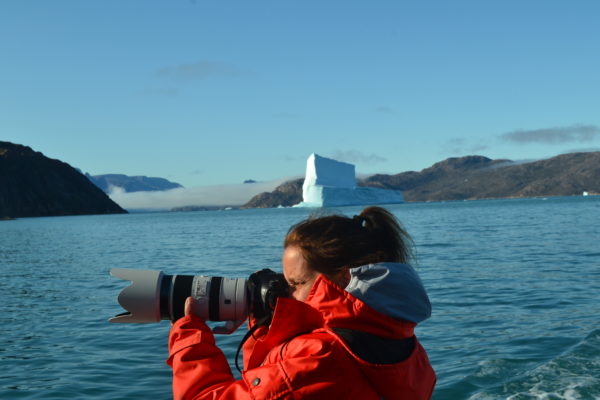