The kayak has been an invaluable part of northern life from its creation to modern times. Now they are found across the globe on lakes, rivers and oceans. But once they were utilized by Arctic peoples to hunt on the open seas.

Joins us as we explore the kayak and its place in Baffin Island’s history. 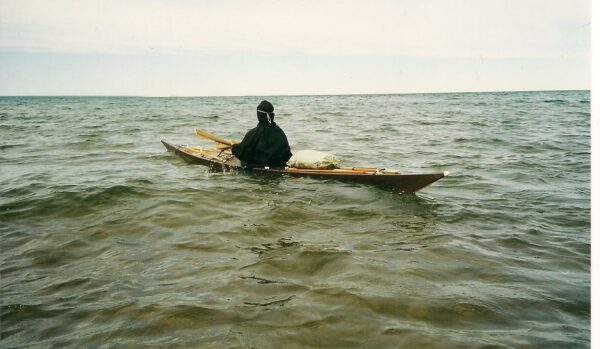 Primarily originating in the Arctic, the designs were known to vary depending on the demands of each region. While canoes were found across the continent, the low frame and covered deck of a kayak was ideal for the waves and temperatures of Arctic waters.

This watertight craft was fast and quiet allowing hunters to reach sea mammals. This meant that they would not have to rely solely on the land but could hunt sea mammals and waterfowls.

Although it was mostly used for hunting it could be used to reach other communities to socialize. However, the boat that Inuit used for transportation was often the umiak, a larger open boat with a wider hull.

The benefit of the kayak was its light weight and covered deck. Hunters and travellers could go to islands or up fiords. The maneuverable boat could reach places blocked off by dangerous terrain of the mainland like cliffs.

Hunting With A Kayak

Being able to hunt past the shoreline meant that they could hunt throughout the year and a wider variety of food.

The hunter would fasten a parka to the small opening they climb in through. This makes the boat entirely watertight.

The hunter would bring a harpoon and lance tied to the deck of the boat so the hunter could retrieve the animal. Attached to the rope would be a buoy made from seal skin that would keep the animal from sinking.

The narrow boats allowed the hunter to travel quickly to surprise an animal or to navigate the local hazards like icebergs. 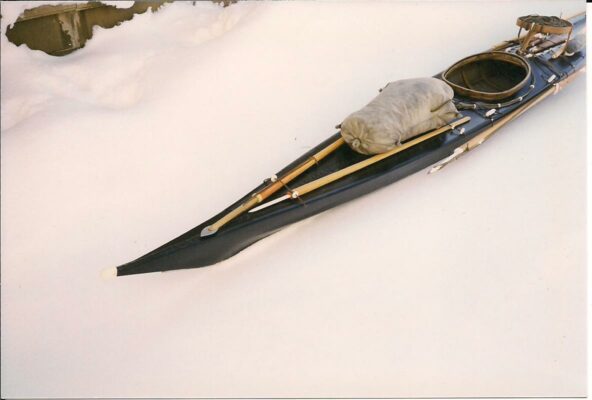 The Kayaks of Baffin Island

A kayak was built from collected driftwood and stretched and de-haired animal hides. These boats would be carried or dragged from the community to the open water. They would be stored upside down and high in a rafter so dogs could not get at the caribou or seal skin that made the boats deck.

The kayak became a vital part of Inuit life on Baffin Island, but you can see the ways that environment shaped the designs of their kayaks.

The crafts were built with a flatter bottom that was quite wide. This made them stable on big wavy water but also allowed them to navigate shallow estuaries that whales migrate to each year.

Their high prows help the bow and stern of the boat to pierce big waves. The kayaks of Baffin Island and the Eastern Inuit were generally heavier and shorter than other regions, something that may indicate a higher demand for stability than speed.

Kayaking has become a worldwide hobby allowing people to enjoy the recreation of the water. The double-sided paddle and stable seating can make it easy to learn for people of all ages.

Now you can try paddling on the Arctic Ocean on our Polar Bears & Glaciers of Baffin Island Safari. Considered one of the top highlights of this summer safari, guests are often able to paddle near beautiful icebergs sculpted by the wind.

If kayaking on the Arctic Ocean is on your bucket list than find out more about our Arctic Safaris. 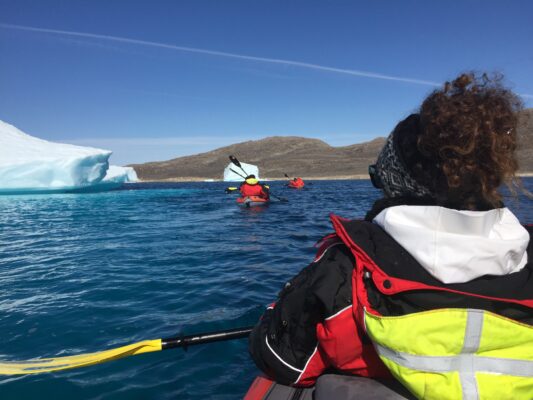